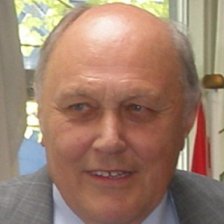 AviAdmin software was used by a pilot school, where I was Compliance Monitoring Manager & Safety Manager.  For the daily operations I had great advantage of the system. It was easy to monitor the progress in the school continuously and to monitor if the school kept compliance with the regulations and I could do that at any time and anywhere in the world which is a big plus. Reports of irregularity were kept in the system which made it possible to keep track on the safety of the school.

Manuals are stored in the system and it is possible to give the Authority access to the manuals. This avoids sending manuals in hard copy. It is my opinion that the management, instructors and students had big advantage as it is possible to book lesson, aircraft etc. direct in the system – and use the portal for operational planning and many other features. I can only highly recommend AviAdmin for any school to implement for overall usage, compliance and safety.

“Bøje Dueholt is the Former second in command at the licensing department at the Danish Transport Authority. After his retirement he have been working in various NPH roles in both pilot schools and AOC’s in positions such as Compliance Monitoring Manager & Safety Manager”